Did you know that a small plant in Clendenin, West Virginia is where the petrochemical industry began? Petrochemicals are chemicals made from petroleum and natural gas.

To recognize the tremendous impact West Virginia and its citizens have had on the petrochemical industry as a whole, the American Chemical Society (ACS) honored Union Carbide’s foundation of the petrochemical industry with a National Historic Chemical Landmark (NHCL) in a ceremony in Clendenin, West Virginia, on Sept. 10, 2021. This landmark was made possible by the Kanawha Valley Section of the ACS, West Virginia State University, Union Carbide and the Curme family. Additionally, a scholarship has been set up in Dr. Crume’s honor to help students complete their STEM degree and support innovation.

The Carbide and Carbon Chemicals Corporation was formed in 1920 to develop a process to manufacture ethylene. This versatile chemical can be converted into several industrially useful compounds. Moving to ethylene was a revolutionary step because other plants at the time were using acetylene instead.

These days, we use ethylene to create plastic, used for everything from electrical insulation to flexible packaging. Ethylene production — which topped 190 million tons worldwide in 2019 — forms the basis of today’s multi-billion-dollar chemical industry, making major contributions in the packaging, automobile, oil, medical, rubber, plastic and other industries around the world. Ethylene is a key raw material for making products used in nearly every part of modern life (acs.org). Being the first company to make the move to ethylene was monumental for the Carbide and Carbon Chemicals Corporation, and it put West Virginia on the map as a leading producer in the petrochemical industry.

Chemical Alliance Zone Executive Director Kevin DeGregorio said, “This designation shows how innovative we were in West Virginia way back then, but a deeper dive into the history of Union Carbide, DuPont and others demonstrates how that innovation continued and expanded over the years. Even better, we continue to innovate with new technologies and products from our companies, universities, and a number of budding start-ups.”

Carbide and Carbon Chemicals Corporation originally chose their site in the 1920s in the Kanawha Valley because of the region’s abundance of hydrocarbon-rich gas, and access to river and railroad transportation. These are many reasons that are causing new companies to  continue to say #YesWV today. West Virginia has what they need to succeed and gain an immediate competitive advantage. 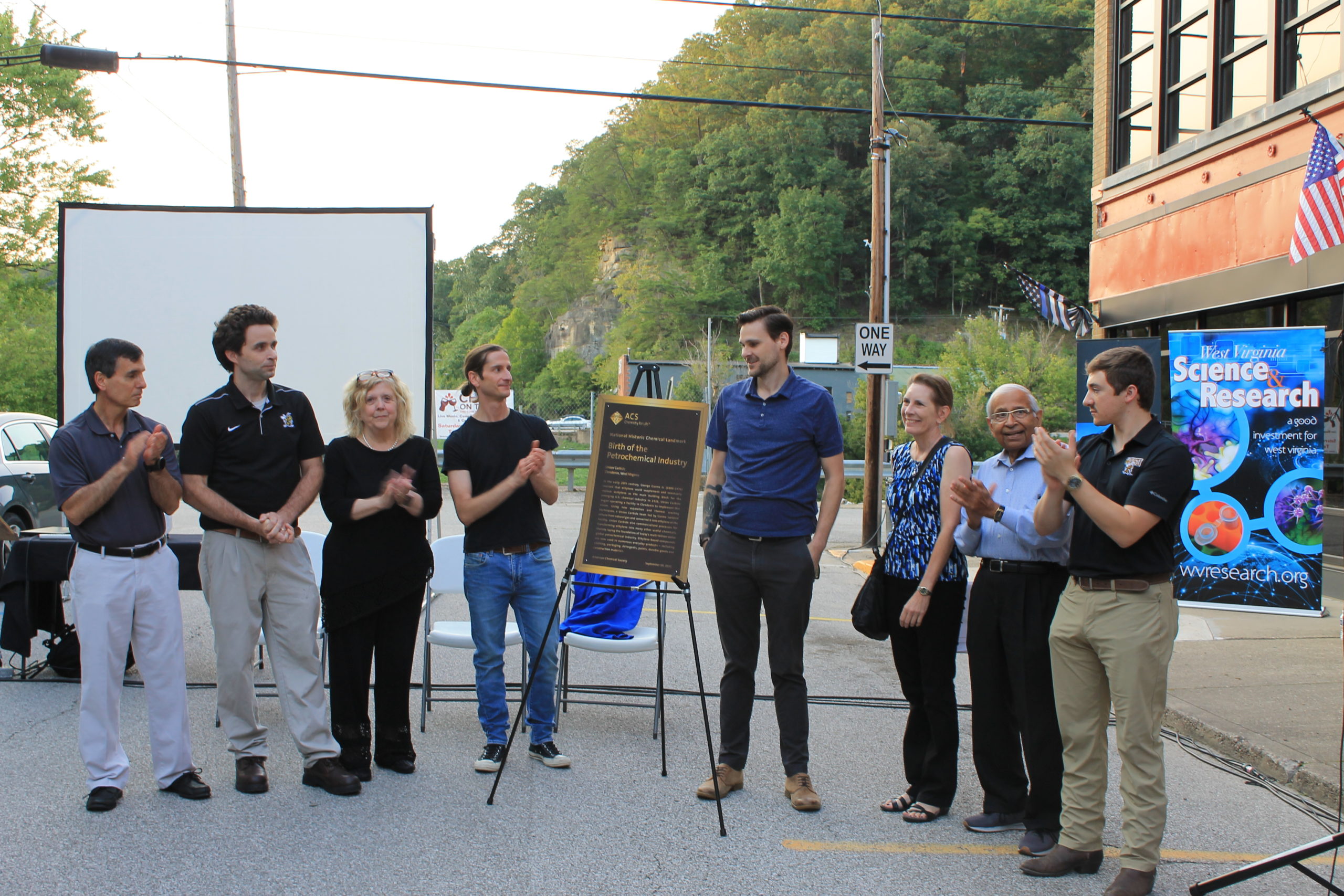