“To see our exports growing at almost double the national rate is truly incredible,” Gov. Justice said. “Not only is it great news for our manufacturers who have made a home here in West Virginia and have seen their businesses grow because of it, but it is also wonderful to know that West Virginia’s products are making an impact all over the world and that everyone gets to see just how good we really are.”

Plastics, chemicals, automotive, metals, aerospace, and hardwoods combined for more than $3 billion in exports from West Virginia. Notably, products and parts for the aerospace industry reported export growth at 17.8 percent over the previous year.

“This report highlights the ongoing, sustained and successful efforts in place to continue diversifying the economy in West Virginia,” said Mike Graney, executive director of the West Virginia Department of Economic Development. “West Virginia manufacturers have proven they can deliver quality goods at a competitive price to customers located throughout the world.”

Coal continued to be the state’s primary export and led the nation, with more than $4.3 billion exported to 35 countries. India, Ukraine, Netherlands, Brazil, and Canada were the top five export markets for West Virginia coal. 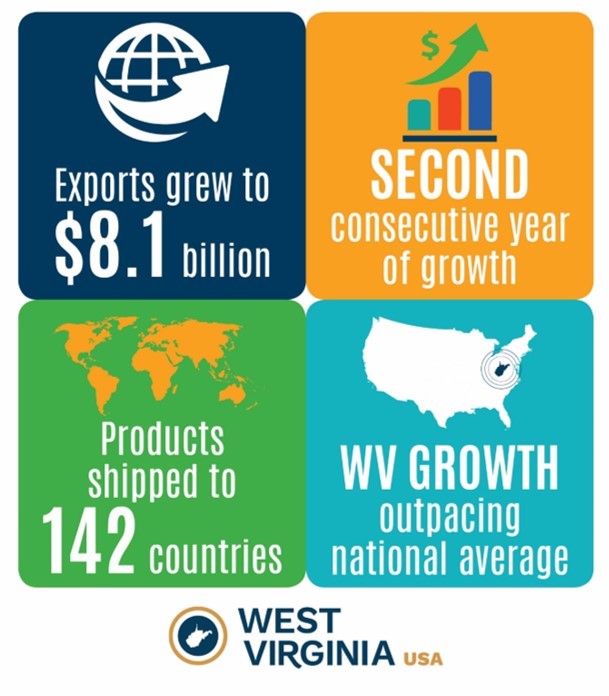